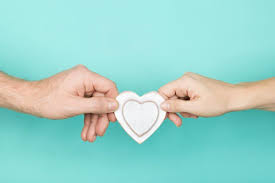 For a lot of women it takes much misery, agony, and neglect to make the decision to leave her husband and start her life over as a divorced woman. By the time she makes this decision, in most cases, she is no longer in love with her husband, and has not been for a long time.

No matter how much thought and consideration went into making the decision to get divorced there will always be moments of self doubt and morbid curiosity about what could have been. Feelings of doubt and unanswered questions are completely normal. As time goes on the unanswered questions and doubt can either fade, leaving us to move on and thrive, or they can start to feel like an exposed nerve that is constantly being rubbed the wrong way paralyzing our lives.

Luck plays no part in declaring one person paralyzed by regret and another free of the past and living their life to the fullest. The thing that determines which direction life goes after divorce is the understanding of who you married and why you left them. There are things that we can do to keep up our momentum of accepting nothing but happiness into our lives, just like there are things that we can do that make every new opportunity look to be never as good as what we had. Nobody wants to think that they are the ones who are keeping themselves from their own happiness, but the sooner they realize a few truths about what really happened during their marriage, the better their life will get.

Your prince charming was never a prince at all. You married a man who had severe character flaws from the beginning and you knew it before you married him. The red flags were waving, the horns were blaring, and everybody around you was trying to warn you. Your decision to marry him was one you made for reasons that were bigger than your doubt.

He is not going to change into a man who could ever make you happy. One of the biggest fears about leaving a man who is not good for us is that he will get right and give someone else what we should have gotten from him. That is not going to happen. What may happen is he will find someone, who is willing to put up with what made you miserable.

Now that you’ve been away from him for a while you see that he isn’t as bad as you thought. One of the greatest things about being away from the man you should have never married is realizing that his behavior doesn’t bother you anymore. His behavior is the same, and so are you, but you are not obligated to tolerate it anymore. This is when you become aware of how bad it was, and how good it is and can be.